Diabetes is a relentless disease that impacts millions of people across Europe, gets worse overtime, and currently has no cure.

Diabetes has long been misperceived as a disease linked to lifestyle choices. Like many other conditions, factors such as diet and smoking do play a role in risk and outcomes of diabetes, but there are underlying clinical causes of diabetes. These can be exacerbated by environmental factors such as socio-economic status.

And that’s why, while diabetes never gives up, neither will we. A number of EFPIA member companies have come together in the EFPIA Diabetes Platform. As an industry we are committed to the fight against diabetes, to improving diabetes diagnosis and management and focusing on delivering better healthcare for patients living with diabetes.


Today, around 60 million people are living with diabetes in Europe. By 2030, that number will reach 66 million[1]. If PwD represented a European country, its population would be equivalent to that of Italy. This means it would become the third largest country by population in the EU – almost as large as the United Kingdom today.

Furthermore, an estimated 9% of total health expenditure goes towards diabetes, and this share is expected to rise by 12% over the next 25 years[2]. But 75% of these costs are ‘preventable’ – that is, they are due to avoidable complications of the disease[3].

Diabetes is a serious, sometimes fatal disease, linked to major organ failure and vision problems. Complications can include heart failure, which is up to three times more likely in diabetes patients; kidney failure, which 1 in 5 diabetes patients die from[4]; or amputation, which is 15 times more common in PwD[5]. Worldwide, someone dies of diabetes-related complications every eight seconds[6].

Self-managing diabetes is a round-the-clock, relentless task which those living with the condition face with little support. PwD must decide carefully what, how and when to eat, drink and exercise – decisions which must be integrated into daily life and often planned well in advance. Meanwhile, small variations in hormone levels, stress, tiredness, and even the weather, require the constant monitoring of blood sugar levels.

Up to four times a year, for a few minutes, PwD are able to see a healthcare professional. Otherwise, they must manage the disease entirely on their own. As a result, as many as 4 in 10 PwD struggle with their mental wellbeing at some point after being diagnosed[7] 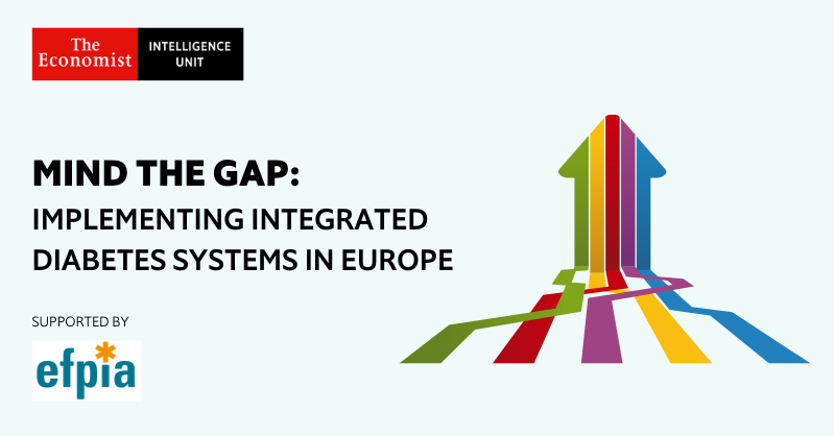 There is no quick and easy fix in the fight against diabetes. Ultimately, diabetes must be prioritised on the European health agenda – now. The scale of the problem demands a complete rethink of how we manage diabetes. We cannot expect health systems designed to care for people with acute illnesses to meet the needs of large numbers of citizens living with long-term conditions such as diabetes. It’s time to reimagine how care is delivered. That means prevention, early diagnosis, and improvements in how the disease is managed.