Building a healthier and more environmentally sustainable future: a case-study from Takeda

Climate Action, one of Takeda’s environmental programs, focuses on minimizing its carbon footprint across its value chain and decarbonizing its own operations by using its own or sourced renewable energy.

With two facilities in the state of California and a location that can see episodic power outages and a power grid that is under stress at peak times, installing solar panels provides trifold benefits  - more independence from electricity providers, supporting Takeda’s ambitious environmental sustainability goal in becoming net zero in its own operations and ensuring patients have continued access to the medicines they need.

At the L.A. site 1,500 solar panels were installed on the parking lot structure. The system has a capacity of 578kW and can generate about one MWh of renewable electricity — or enough to power 700 U.S. homes for a year on average.

In addition to the green energy efforts in L.A., other renewable energy achievements 2021 include: 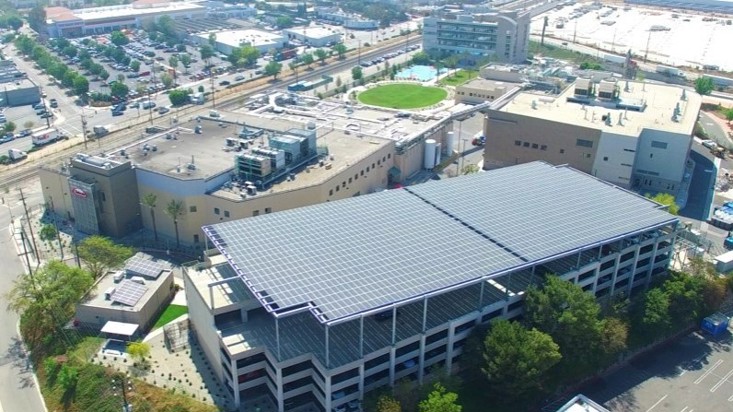 Find out more more about how the pharmaceutical industry contributes to a healthy environment: